The Best Of Britain & Ireland

On this Best of Britain & Ireland tour, see the highlights of England, Scotland, Ireland, and Wales-from the bustling cities to the small towns and from the breathtaking scenery to the ancient ruins. Traveling through the lands of queens, kings, and leprechauns, this itinerary begins and ends in London. On this Britain and Ireland vacation, stop in historic towns and cities, including Oxford, home to some of England’s most famous colleges; York, England's most complete medieval city with its cobbled streets and the magnificent York Minster; Stratford-upon-Avon, birthplace of Shakespeare; Chester, where a walking tour highlights its Roman remains and black and white half-timbered buildings; Adare, founded in medieval times and known today as one of Ireland’s prettiest villages; and Bath, known for the excavations of Roman baths used for bathing and socializing 2,000 years ago. Britain and Ireland are known for their green countryside and stunning scenery, and you’ll witness some of their gorgeous landscapes. Travel through the incomparable landscapes of Snowdonia National Park in Wales, with picturesque villages, mountains, and lakes. Follow Ireland’s Ring of Kerry, a 100-mile panoramic drive with sparkling seascapes, brightly colored farmhouses, and the breathtaking panorama of the Lakes of Killarney. Visit the spectacular 668-feet Cliffs of Moher, with breathtaking views of rugged cliffs dropping into the ocean. Drive through the Cotswolds, with the rolling hills and picturesque villages, Northumberland National Park, with its wide-open spaces, and the serene Lake District, England’s largest natural park.All of this and more-including time in Dublin and Edinburgh-await you on this marvelous vacation for value-minded travelers! 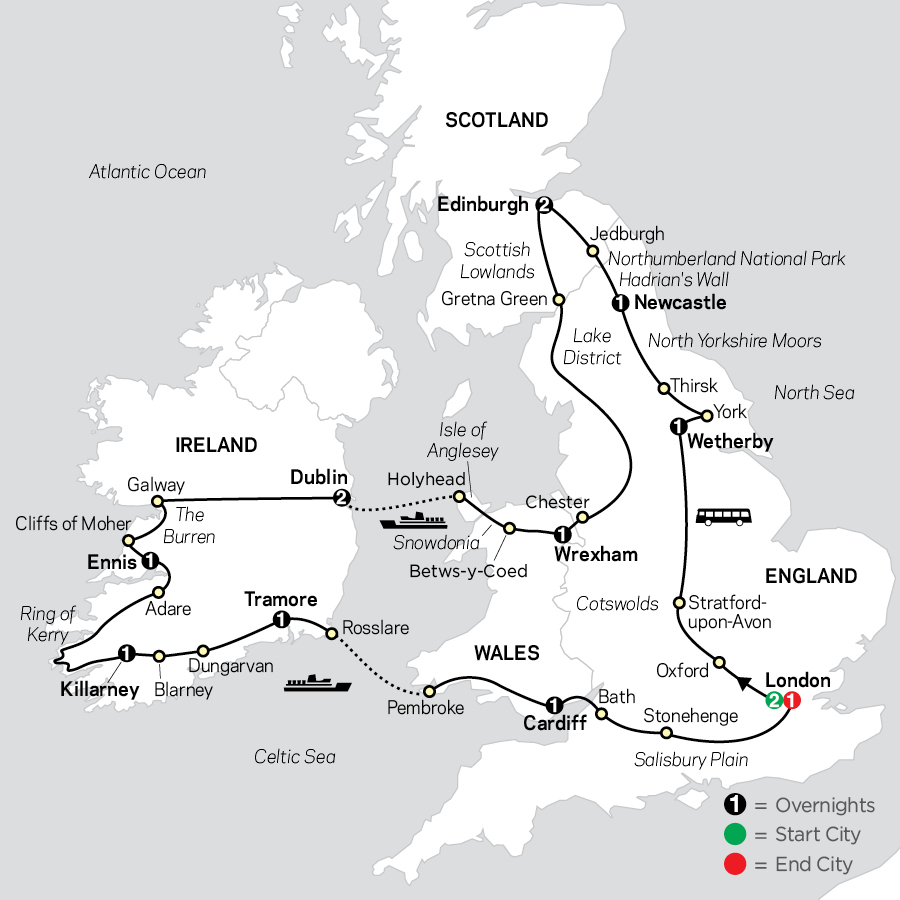 Prices are per-person based on double occupancy, unless otherwise noted.
Let Valmon Travel International do the work. We will create an unforgettable vacation for you!
Call us for more information and other destinations.
/ (888) 836-9040